It is our distinct pleasure to introduce and welcome you to the inaugural year of the Black Seminarians Union here at Campbell University Divinity School.  This student group was organized through the work of two divinity students seeking to bring a deeper cultural awareness and diversification to the CUDS community and we are thrilled to enter further into these sacred spaces of engagement with one another. The BSU is open to all CUDS students and is supported through the Office of Student Services.  Check back here often to see the exciting work, events, and activities planned for the spiritual and education uplift of this and our surrounding community!

CUDS Black Seminarian Union or BSU-CUDS is a student-led organization, whose primary purpose is to assist students in their educational and vocational endeavors through advocacy, faith, and the intentional pursuit of justice and equality.  Our mission serves the entire CUDS community with emphasis on the African American experience to undergird our work.  As an integral part of the CUDS Community, the BSU is committed to diversity among both students and faculty and seeks to inspire transformative ministry among one another and beyond the CUDS walls. 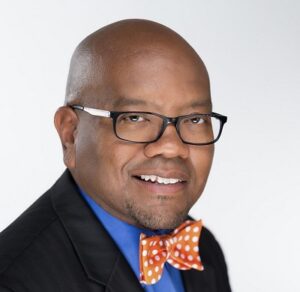 A South Side native of Chicago, Timothy was born into an opportunity that would shape the course of his esteemed hopes and dreams. Life on the rough streets of Chicago gave Timothy a front row seat to the detriment that ultimately claimed the life of his brother, Victor Jr., who was brutally murdered by a friend over a disagreement that amounted to less than $3.00.

Although the loss of his brother took its toll, Timothy used this adversity as a springboard, becoming steadfast in accomplishing the highest of goals and achievements set before him. He received a bachelor’s degree in Communications and went on to receive a Master’s in Business Administration, both from the University of Illinois – Springfield and prayerfully a MDiv from Campbell University Divinity School in May 2023.

Timothy is currently Senior Vice-President, Chief People Officer for Goodwill industries of Northwest North Carolina, Inc. His career, mostly in HR, has spanned many industries and taken him across the country. He is skilled in analyzing and interpreting organizational structures, developing strategic direction, and creating processes that add value, focus on efficiency, as well as meet company objectives.

Timothy is a family man – he loves spending time with his wife, Brandi, and being a doting father to two beautiful daughters, Alexis and Khrystiana. It is his life’s dream to see them all attain the highest achievements and be a beacon of light that shines for others to follow.

As the inaugural Vice-President of the Black Seminarian Union at Campbell University Divinity School, Timothy is excited about the opportunity to bring a collective voice to the conversation. Timothy states: “Campbell University Divinity School is a family, and we are thankful to the Dean and other leaders for appreciating the diversity of thoughts, ideas and demographics and being advocates for these being brought forward in future discussions. The possibilities are endless when diversity is celebrated.” 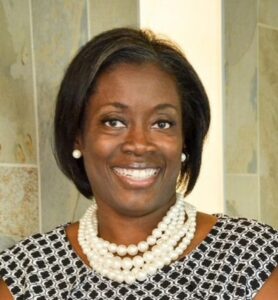 Melissa M. Reed was born in Fort Carson, Colorado but declares Charleston, South Carolina, as home.  She is a proud Army Brat who has been a resident in NC since 1981.  She graduated from Fayetteville State University with her B.S. in Psychology.  She is a lifelong learner who earned her Master’s from Central Michigan University in Public Administration and Master’s in Science (Clinical Mental Health Counseling) from Campbell University.

Melissa has served as a Social Worker with a private agency and the County Department of Social Services in Family Preservation and Child Protective Services from 1993 to 2009.   After her sixteen-year career as a social worker, Melissa decided it was time for a career change and pursued a new career in Administration.  Melissa served seven (7) years as the practice administrator of a pediatric speech-language pathology group, ending in 2017 when she was admitted to Campbell’s Clinical Mental Health Counseling Program.  Melissa is a member of Manna Church in Fayetteville, NC, and has served as the Director of the Special Needs Ministry for Children for the Fayetteville/Ft. Bragg Sites since 2015.  Melissa plans to use her skills and knowledge in Counseling and Divinity to work with clients with a history of trauma.

In her spare time, Melissa is an active member of Girl Scouts.  She is a member of the Board of Directors for the Girls Scouts of North Carolina Coastal Pines, serving forty-one (41) counties in central and eastern North Carolina.

As a current MDiv student at Campbell she believes the BSU is important because it is vital to facilitate events and activities for the minority students of CUDS. It gives the students an opportunity to have a safe place to respond and speak on community and social justice issues that affect who we are as followers of Christ. 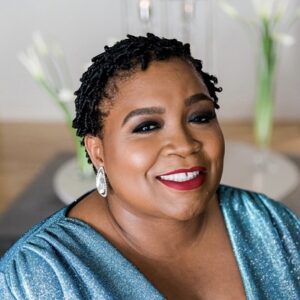 Amy is a native of the town of Lake Waccamaw, North Carolina the home of the Waccamaw Siouan’s (a native tribe). She spent much of her youth tagging along with her Aunt Queen to community events and craft classes at the local senior center.

She went on to pursue her Bachelor of Science Degree in Business Administration from Johnson C. Smith University with a concentration in Marketing and a minor in Retail Management. During her educational career, Amy been able to share her knowledge and experiences with not only the students within the classroom but also on a professional level. With her role in the tech industry, she has proven her versatility to navigate complex projects. During a reorganization at her former employer, Amy decided to take a leap of faith and launch her business. She is also the owner of an event management company whose primary service is crafting custom experiences and creating an atmosphere of authenticity, community, and genuine connections. Her goal is to continue hosting community dinners and creating supplemental tools that nurture spiritual disciplines in not only her personal life but the community organizations she assists in leading. Amy plans to take the insight gained from the Master of Divinity program and translate it into fun ways to cultivate spiritual disciplines.

She believes it’s important for Black Seminary Union (BSU) to be at Campbell University Divinity School (CUDS) because representation of the Black experience matters. Providing a communal space is imperative for black students because shared spaces are not often created with minorities in mind. BSU provides a sacred space for students of African descent to unify and grow. 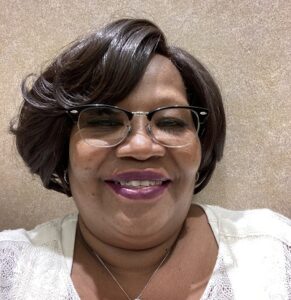 Caroline O. Green was born in Washington, DC, and reared in Brooklyn, NY, and Rocky Mount, NC. At nine, Caroline was baptized and served the church throughout her youth.

Caroline accepted her call to ministry and became licensed to preach in 2007. She volunteered with the American Red Cross Disaster Action Team and Western Wake Crisis Ministry. Minister Caroline completed Certified Impact Coach training through Inner Quest Coaching and Western Wake Crisis Ministry in January 2020. Completing her undergraduate education at the University of North Carolina Chapel Hill, Minister Caroline is currently a Master of Divinity candidate after graduation, she aspires to serve in pastoral ministry.

As a BSU officer at CUDS, I am serving as the parliamentarian, which adds a connection for me to participate in a significant community on my Christian journey. Working behind the scenes to enhance our divinity school community to incorporate diversity through conversations, team collaborations, and worship experiences will augment my graduate perspective at CUDS. Change is constant, but “the fear of the Lord is the beginning of wisdom: and the knowledge of the Holy One is insight” (Proverbs 9:10 NRSV). 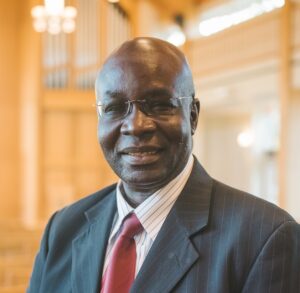 Dr. Caleb O. Oladipo holds the inaugural Snellings Chair of Christian Evangelism and Mission at Campbell University Divinity School where he also serves as the Director of the Braswell World Religions and Global Cultures Center. Oladipo accepted Christ through the Baptist Mission work in Nigeria and the missionary influence remains dominant in his life and work. Dr. Oladipo received his post-secondary education in the United States, starting from Wayland Baptist University with a BA degree in Theology. He attended Southeastern Baptist Theological Seminary in Wake Forest where he received an MDiv degree and proceeded immediately for the Master’s degree in Sacred Theology at Yale University Divinity School where he was named the first Charles W. Forman Scholar in 1988. Oladipo earned a Ph.D. degree in Theological Studies at Baylor University in 1993.

He has written numerous articles and two books: The Developments of the Doctrine of the Holy Spirit in the African (Yoruba) Indigenous Christian Movements (1996), and The Will to Arise: Theological and Political Themes in African Christianity and the Renewal of Faith and Identity (2006). Dr. Oladipo’s works explore the natural depth and character of Christianity in Africa. Dr. Caleb Oladipo was a member of the delegation to the 5th Parliament of World Religions at Melbourne, Australia in 2009, and he has served as a visiting scholar and professor in five continents. An active member in many professional organizations, Oladipo has received numerous leadership and service awards, including the Distinguished Alumni Leadership Award at Wayland Baptist University in 2016. He is fluent in six languages and he has three children.

Check back for upcoming events!

If you would like to learn more about the Black Seminarians Union, please contact Miriam Phillips-Stephens, Director of Student Services, at phillips-stephens@campbell.edu or (910) 893-7012.